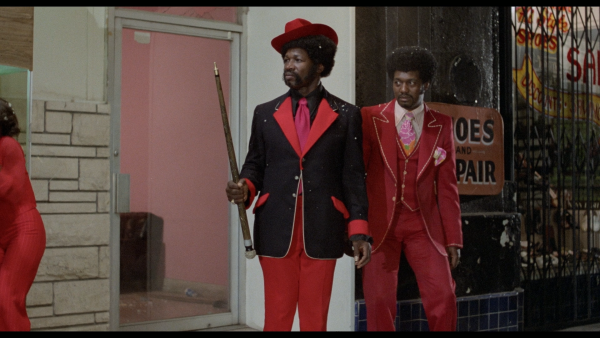 After rocking the world with blaxsploitation hits "Dolemite" and "The Human Tornado," star Rudy Ray Moore was in the mood to switch up his formula of sluggish martial arts and tentative sex play, embracing his comedic potential with 1977's "Petey Wheatstraw," which replaces scowling with mugging. The film intentionally inches Moore away from his aggressive ways, transforming the brightly decorated star into more of a ringmaster role, overseeing the wacky antics director Cliff Roquemore tries to secure, paying tribute to industry legends and personal heroes. "Petey Wheatstraw" is a ridiculous movie, but intentionally so, satirizing Moore's still-forming screen persona while working to strengthen storytelling ambition, with the screenplay reaching out to fantasy and religion to help secure a fresh adventure for the star, who's ready and rhyming to get right back into the action. Read the rest at Blu-ray.com