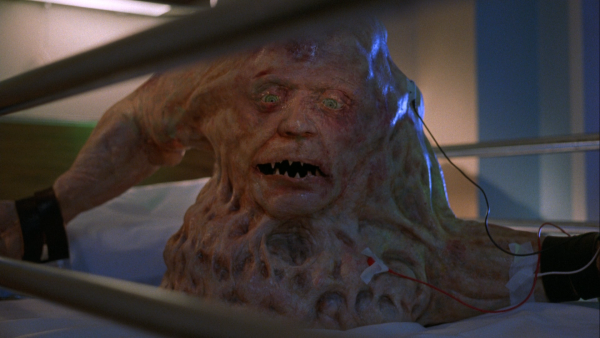 I suppose technically, formerly conjoined twins Duane and Belial died at the end of 1982's "Basket Case," but when has finality ever stopped a horror franchise from taking shape? The understandably unsettled siblings return to action in 1990's "Basket Case 2," which offers writer/director Frank Henenlotter ("Frankenhooker") an opportunity to expand his vision for brotherly love with a slightly larger budget and more polished technical achievements. While the sheer oddity of "Basket Case" is impossible to replicate, Henenlotter takes his creation to pleasingly broad extremes, cooking up a tribute to "Freaks," Tod Browning's 1932 shocker, to help provide dramatic direction for his follow up. Returning to the ways of grotesque characters, psychological collapse, and bizarre events, "Basket Case 2" is a largely successful sequel that brings the series into a new era, ready to explore its old bag of tricks. Read the rest at Blu-ray.com