Film Review - The Fundamentals of Caring 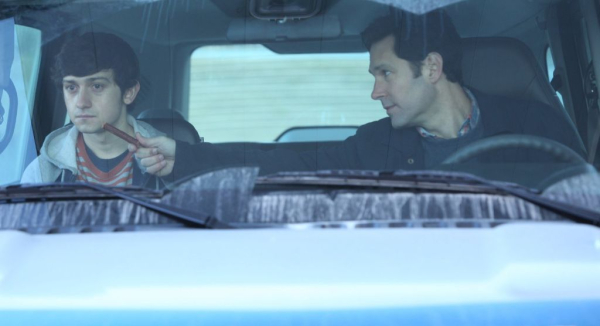 Rob Burnett is best known to comedy nerds as the former head writer of “Late Night with David Letterman,” enjoying a long career with the television legend, masterminding some of the weirdest jokes and most inspired material. For his second directorial effort, Burnett attempts to find a balance between light and dark with “The Fundamentals of Caring,” an adaption of the Jonathan Evison book, “The Revised Fundamentals of Caregiving.” While the material explores laughs, often the uncomfortable kind, it’s also fairly heavy stuff, dealing with physical disabilities and personal loss. While Burnett doesn’t provide a full cinematic meal with “The Fundamentals of Caring,” he juggles tone surprisingly well, managing to keep the feature afloat where other helmers would fail within the first act. Read the rest at Blu-ray.com