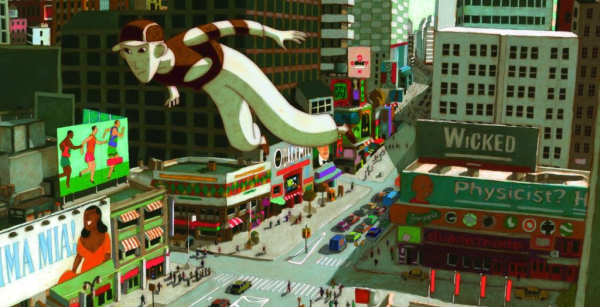 A French production set in America, “Phantom Boy” is the latest effort from directors Jean-Loup Felicioli and Alain Gagnol, whose previous collaboration, 2010’s “A Cat in Paris,” rode its popularity all the way to an Oscar nomination for Best Animated Film. Returning to their signature style, the team takes on the world of crime-fighting and the supernatural with “Phantom Boy,” which offers an unexpected combination of comedy, heartbreak, and thrills. It’s a superhero origin story in a way, but executed with charming style and human characters, playing broad with villains and near-misses to have some fun in the midst of heavy turns of fate. It’s a delightful picture, but its greatest asset is its as-is approach, refusing melodrama despite ample opportunity to wallow in misery. Read the rest at Blu-ray.com