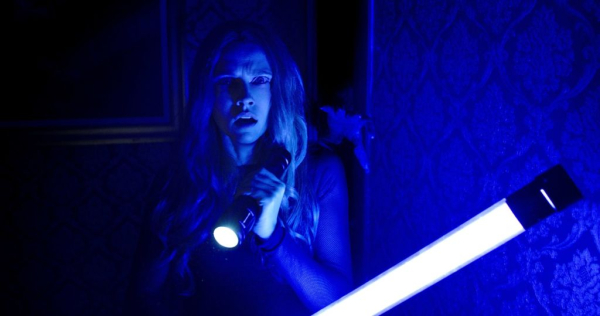 As the horror genre tries to quit its addiction to celebration of pain, movies about supernatural terror have come into vogue thanks to the hits “Insidious” and “The Conjuring.” Both pictures were directed by James Wan, and he’s not about to let a good thing go, returning to produce “Lights Out,” which slavishly follows his formula for scares, making sure every cheap jolt is lovingly tended to. Refreshingly lean (running about 75 minutes sans end credits), the feature offers little more than a series of spooky, shocking encounters, but it really doesn’t have to provide more than that, with director David F. Sandberg effectively staging suspense from start to finish, giving “Lights Out” the disturbances it needs to cover for uninspired dramatics. Then again, who’s coming to this film for the story? Read the rest at Blu-ray.com