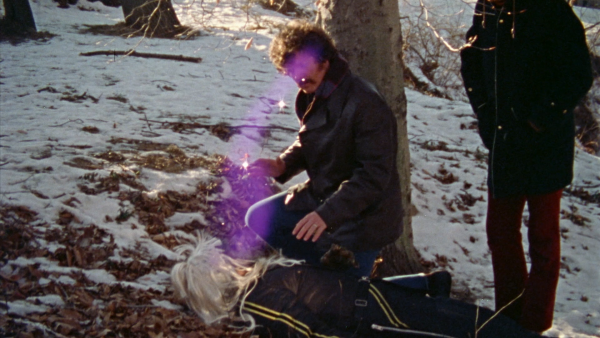 Magazine publisher and genre enthusiast Don Dohler decided to try his luck as a movie director in the 1970s, with his debut, "The Alien Factor," a riff on the extraterrestrial terror pictures from the 1950s. Armed with a severely limited budget, Dohler elected to use his home community as a backlot, turning rural Maryland into a battleground for intergalactic war. "The Alien Factor" is undeniably shoddy in construction and muddled in tone, and it won't win any accolades for helming finesse, watching Dohler trip over himself trying to keep up with basic technical challenges, but for those who embrace the art of schlock, especially one that's not striving to be campy, the feature has its bottom-shelf charms. At the very least, Dohler keeps the malevolent creatures coming throughout the run time, proving his awareness of the film's appeal. Read the rest at Blu-ray.com