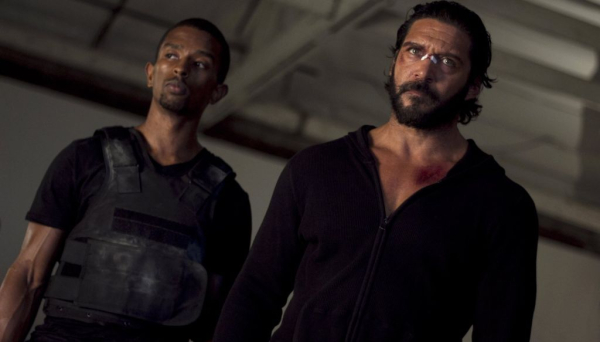 The marketplace is filled with movies like “Vigilante Diaries.” Horror used to be the primary tool for young filmmakers to enter the industry without spending any money, but now actioners have joined the party, offering helmers a chance to organize brutality with the help of known actors not above claiming an easy paycheck. “Vigilante Diaries” isn’t the worst of the bunch, but it certainly tries to be, emerging as a semi-coherent take on worldwide menace and one-man-army attitude, with co-writer/director Christian Sesma trying to fill up on guns and chases when he should really concentrate on writing, with the effort regurgitating as much B-movie formula as it can get away with. It’s not really a film, but a collection of clichés without a strong narrative spine. Read the rest at Blu-ray.com