Film Review - Therapy for a Vampire 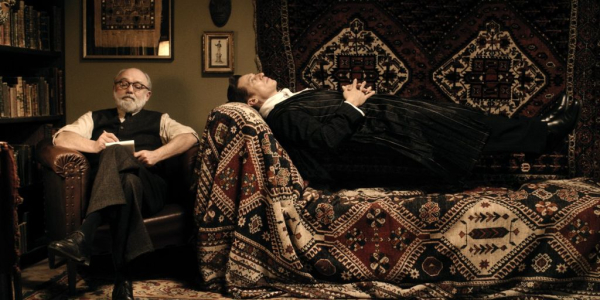 Dreaming up new avenues to explore when it comes to the world of vampires is difficult, but writer/director David Ruhm has an interesting solution to combat staleness. Instead of picking one aspect of bloodsucker life to inspect, he’s selected all of them, using “Therapy for a Vampire” as a chance to celebrate vampire cinema as influences pop up everywhere in the feature. Cutesy at times, but engaging, “Therapy for a Vampire” tries to avoid the norm with elements of humor and horror, finding highlights as the overall story teases quirk, but never indulges in full. Ruhm’s love for darkness remains throughout the effort, emerging with a degree of creativity when dealing with the same old undead business. Read the rest at Blu-ray.com