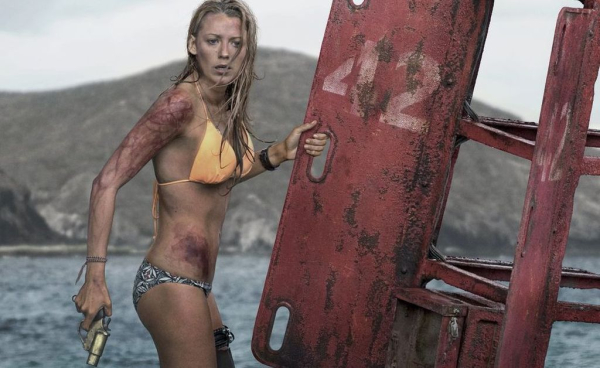 Sharksploitation efforts, once home to nail-biting aquatic nightmares, have turned cartoony in recent years, with the “Sharknado” franchise forcing itself on the world, using irony and exaggeration instead of fear to engage audiences, turning primal oceanic horrors into cartoon time. “The Shallows” isn’t a documentary, but it endeavors to return some bite to the animal attack subgenre, pitting actress Blake Lively against a large great white shark who won’t take no for an answer. Thrills and chills are promised, but only a few scenes land with any sort of punch. “The Shallows” isn’t a lean 90 minutes, but director Jaume Collet-Serra (“Non-Stop,” “Orphan”) almost gets it right, periodically ramping up suspense and shocks while Anthony Jaswinski’s screenplay figures out how to fill up a run time with necessary characterization. Read the rest at Blu-ray.com