Blu-ray Review - The Haunting of Morella 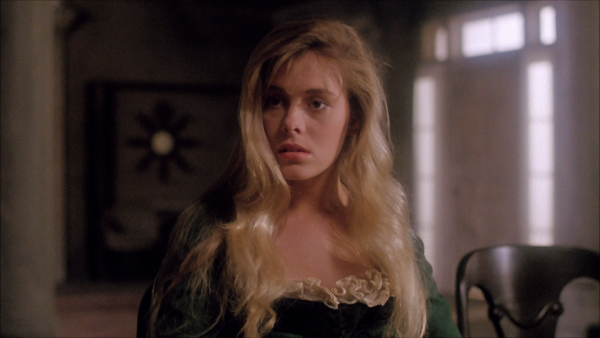 Producer Roger Corman has spent his career paying tribute to the works of author Edgar Allan Poe, most notably masterminding pictures such as "The Masque of Red Death" and "House of Usher." In 1990, Corman returned to Poe's creative playground with "The Haunting of Morella," tasking co-writer/director Jim Wynorski to come up with a sexually charged take on witchcraft and period passions, making sure to remain within strict budgetary limits. Big on nudity and light on thrills, "The Haunting of Morella" isn't a premiere Poe/Corman pairing (the material was previously covered in "Tales of Terror"), but when the film finally begins to issue macabre highlights, it finds its B-movie footing. Read the rest at Blu-ray.com