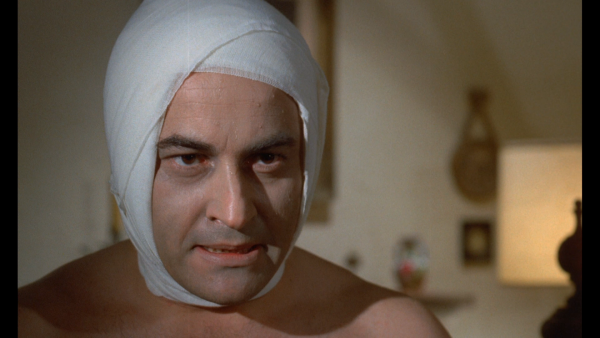 1973's "Crimson" offers dim-bulb criminals, shoot-outs, sex, police chases, mad scientists, and a human head transplant, and yet, somehow, the production makes the macabre and the absurd feel like punishment. Frightfully dull work from director Juan Fortuny, "Crimson" has a strange way of ignoring the possibilities of its premise, using copious amounts of exposition and vague depictions of sleaze to slowly put viewers to sleep. Handed a chance to make a weirdo thriller that touches on medical impossibility, and Fortuny chooses to make a crime picture that's so inert, it's a wonder why the story even bothers with such an outlandish plot to begin with. Read the rest at Blu-ray.com