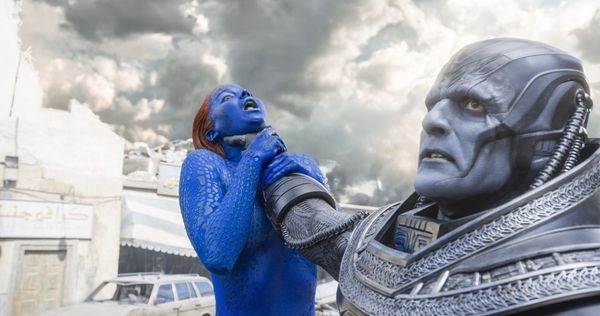 2014’s “X-Men: Days of Future Past” provided an opportunity for director Bryan Singer to return to a film series he began in 2000, working to untangle a few narrative and tonal knots created by other helmers, who had their way with the franchise over the years. While the feature juggled timelines and labored to build a bridge between the Singer era and the prequel fixings of “X-Men: First Class,” it was a creative success, managing to breathe life into the ongoing narrative, saying goodbye to a few familiar actors while continuing to explore new ones. “X-Men: Apocalypse” is the first step in a new direction for the mutant superheroes, winding the clock back to the 1980s to reset the group as a burgeoning team combining efforts to take on evil. The community atmosphere is strengthened in “Apocalypse,” shifting leadership duties and dramatic emphasis to inspire even more mutant adventures. Singer’s passion for the material is evident throughout, returning to heroism for the 8th chapter, not just stroking angst. Read the rest at Blu-ray.com