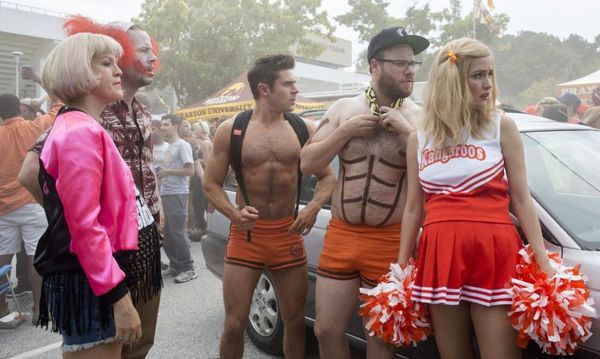 2014’s “Neighbors” was a disappointment. Handed a surefire premise that encouraged sustained silliness, and the feature exhausted itself before it had a chance to truly begin, sticking to tired trends for humor, while periodic dips into bodily function business only emphasized a lack of production imagination. Bravely, “Neighbors 2: Sorority Rising” attempts to race the original film to the bottom. A slapdash sequel quickly churned out to cash in on a surprise box office performer, the follow-up doesn’t transform a simple plot into a franchise. Instead of innovation, “Sorority Rising” furiously rehashes original elements in a manner that makes “Die Hard 2” look like “The Godfather: Part II.” If you’ve seen “Neighbors,” you’ve already seen “Neighbors 2.” Read the rest at Blu-ray.com