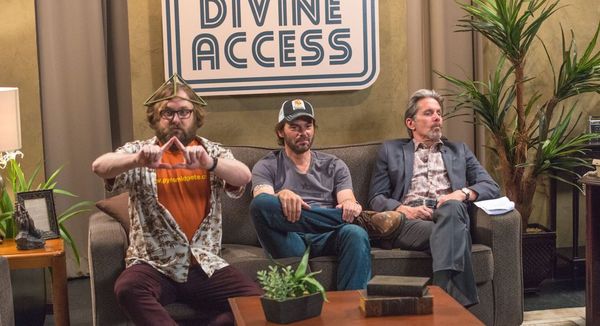 Billy Burke hasn’t enjoyed the most eventful of film careers, often stuck in bland roles of little consequence, like his long stretch as Bella’s powerless father in the “Twilight” series. In an effort to help brighten job opportunities, Burke produces “Divine Access,” which, at times, seems to be created strictly to showcase Burke’s previously unseen range. With those limited creative goals in mind, the feature is enormously successful, delivering Burke’s best role to date in a production that’s comfortable offering a good chunk of its run time to the performer to do whatever he wants with it. “Divine Access” is most enjoyable keeping close to Burke, with the alternative being a somewhat silly story about fanaticism and jealousy that’s difficult to take seriously.  Read the rest at Blu-ray.com