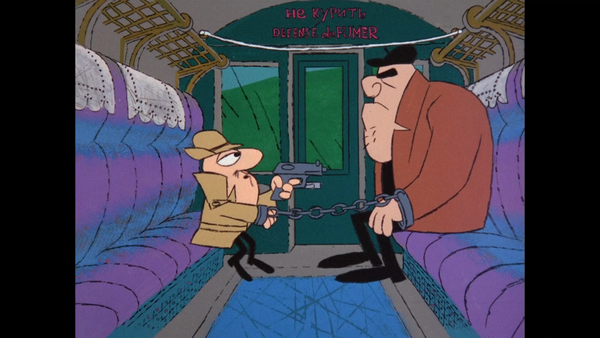 A creation from DePatie-Freleng Enterprises, "The Inspector" (which ran from 1965-69) picks up where the main title sequence of "The Pink Panther" and its first sequel, "A Shot in the Dark," left off, rethinking abstract animated ideas into a short film series that ran before feature films, but eventually found its audience on television. Although it never identifies the lead character, "The Inspector" is basically "The Inspector Clouseau Show," offering a slightly brighter take on law enforcement shenanigans. The cartoon universe is a terrific fit for Clouseau, who offers his wit, patience, and gift for pratfalls to the program, which spends 34 episodes recycling the same jokes, but also achieves a significant amount of laughs and entertainment value, with the producers giving their creation a healthy dose of impish behavior and broad disasters. Read the rest at Blu-ray.com