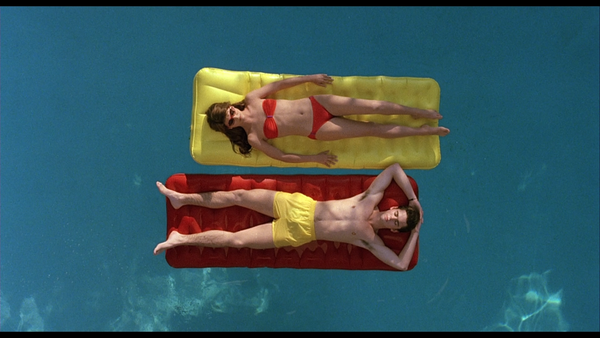 Released during the blur of teen cinema in the 1980s, "Secret Admirer" often plays like an effort from the 1940s. While R-rated and periodically raunchy, co-writer/director David Greenwalt infuses the feature with unexpected good taste, laboring to find an alternative way to play up shenanigans featuring horny teens without giving in to the habits of the subgenre. Not that "Secret Admirer" is a film fit for the entire family, but I've never encountered a picture about sex that was so afraid to mention the word "sex" when detailing a few amorous escapades, almost going out of its way to deny salacious details. Lacking invention but agreeably acted, the movie invests entirely in misunderstandings, more interested in the potential for a farce than a true inspection of virgin confusion. Greenwalt has the chance to do something special with the material, but his timing is stiff, his writing dull, and his lead character absurdly unappealing.  Read the rest at Blu-ray.com