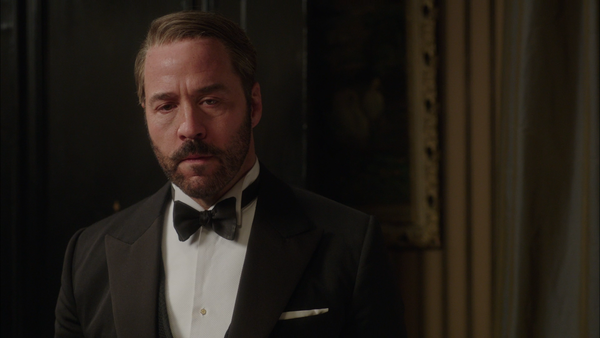 As it enters its final season, "Mr. Selfridge" does what many shows do when facing a creative challenge for its last hurrah: it leaps ahead in time. Nearly a decade has passed since the conclusion of "Season 3," but there's plenty of unfinished business to tend to over these remaining ten episodes, with the producers eager to move away from the stuffy period established in the first three seasons of the show, but unwilling to ditch the melodramatic encounters that have plagued the series since its debut. Dramatically, nothing much has changed in "Mr. Selfridge," with "Season 4" concentrating on reviving old relationships and adding considerable tragedy to the life of the titular character as he deals with aging and business obsolescence, trying to remain youthful and spirited as he's slowly put out to pasture. The potential is there for an introspective study of a man facing his mortality, laboring to remain in step with the times. But verisimilitude isn't the way of the show's writers, who once again delve into exaggerated antics to maintain a "General Hospital" vibe. Read the rest at Blu-ray.com