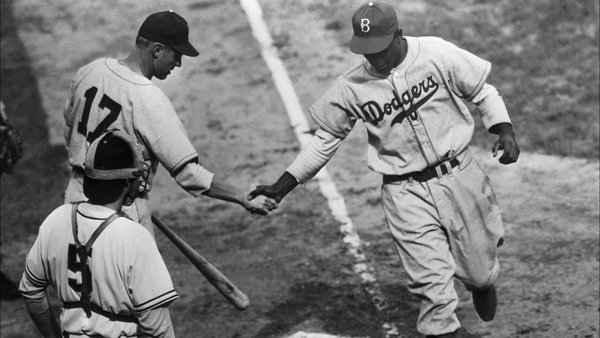 In his 1994 production, "Baseball," director Ken Burns set aside time to explore the career of Jackie Robinson and his influences on the sport and national race relations. There was no room for an in-depth examination of Jackie's life and times, with his experience largely detailed in suspect bio-pics (like the recent "42") and periodic interviews before his death in 1972. Championed by his widow, Rachel, "Jackie Robinson" allows Burns and his team (including co-directors Sarah Burns and David McMahon) a chance to take in an entire life, offering a four-hour documentary that tracks Jackie from birth to death and beyond, highlighting his famous sporting dominance, racial unease, and eventual experience away from the baseball diamond. It's a long journey, but as always with Burns and Co., it's incredibly informative and smoothly assembled, permitting a new opportunity to see Jackie Robinson as he was: a man, not a stoic superhero.  Read the rest at Blu-ray.com