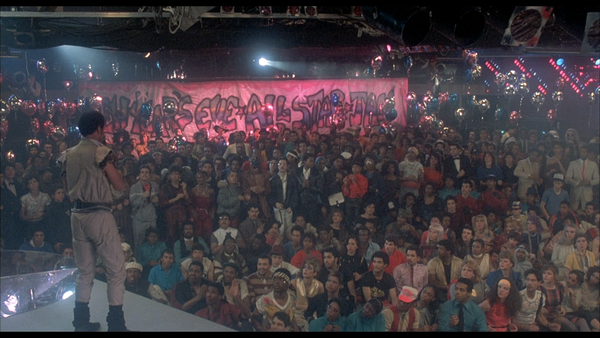 1984's "Beat Street" was supposed to be the major breakdancing movie hit of the summer, only to find its thunder stolen by Cannon Films, who rushed "Breakin'" into theaters earlier in the season, capturing the hearts and allowance money of American teenagers hunting for a cinematic representation of the body-quaking fad. While "Breakin'" was a cartoon, "Beat Street" endeavors to represent the soul of hip hop culture, offering a more sobering take on battling gangs, the achievement of lofty dreams, and the reality of poverty in the big city. It's still semi-comical stuff, but the feature is more interested in characterization, putting its collection of dancers, artists, and DJs through an emotional obstacle course that's only broken up by extended displays of acrobatic moves.  Read the rest at Blu-ray.com