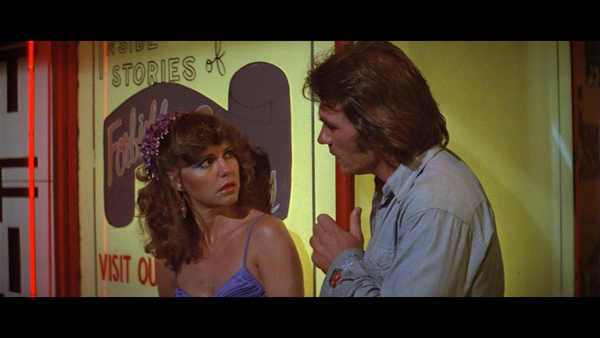 When director Martin Ritt and actress Sally Field collaborated in 1979, the result was "Norma Rae," a penetrating drama about one woman's personal awakening. When Ritt and Field reteamed in 1981, the result was "Back Roads," which effectively ruined all the goodwill "Rae" created, tarnishing the production's post-Oscar-winning glow. While Ritt's helmed his share of disappointments, nothing has been quite as misguided as "Back Roads," which does everything wrong in terms of thespian charm and narrative momentum, striving to generate romantic comedy butterflies with a sobering story of failure. Perhaps enamored with the potential to mount a road movie featuring two busted-but-not-broken characters striving to share their hearts of gold with each other, Ritt loses touch with the essentials of personality, conflict, and storytelling, unable to guide the effort as stars Field and Tommy Lee Jones share what's politely called "negative chemistry," visibly looking like they'd rather be anywhere else but in this film. It's difficult to blame them. Read the rest at Blu-ray.com