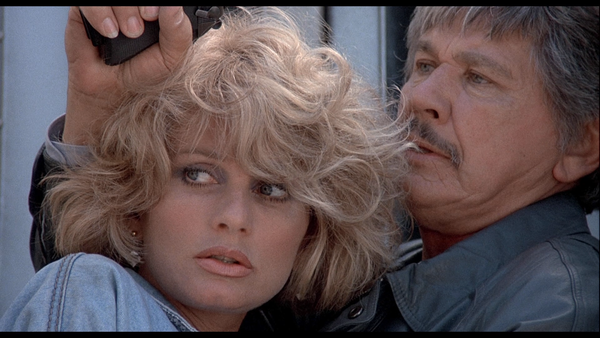 In the midst of churning out low-budget thrillers during the 1980s, most for Cannon Films, actor Charles Bronson decided to spend some time with his wife, Jill Ireland, his frequent co-star. 1987's "Assassination" is their first screen pairing since 1982's "Death Wish II," and it feels like a production that was more valued for the vacation it provided than the quality of its script. Supremely dopey and weirdly directed, "Assassination" is largely held together by oddity, with the feature transforming the fiftysomething screen legend into a butt-kicking Secret Service superhero who's irresistible to women, playing up Bronson's cool genre demeanor and way with a gun. However, it's the time spent with Bronson and Ireland that's most compelling about the picture, watching the couple enjoy a chance to collaborate as they dodge explosions, ride motorcycles, and exchanged sharp banter, welcoming character hostilities.  Read the rest at Blu-ray.com