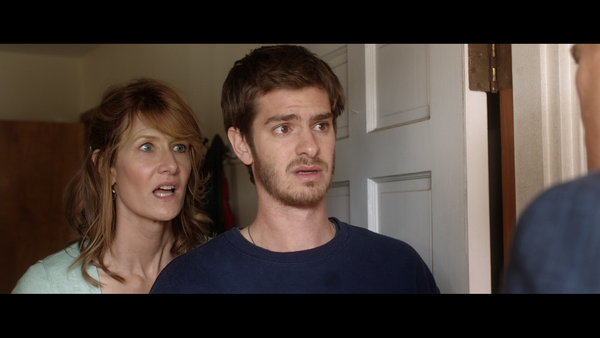 After building a name for himself with low-budget films such as "Goodbye Solo" and "Man Push Cart," writer/director Ramin Bahrani graduated to more high-profile fare with 2013's "At Any Price," starring Dennis Quaid and Zac Efron. A tale of farmland woe and family sin, the feature was a melodramatic disaster, punishing audiences with ridiculously broad performances and absurd writing. Bahrani recovers a bit of his old mojo with "99 Homes," which surveys the state of the nation in 2010 as it deals with a ruined housing market and destitute owners. It's a movie about the acid burn of morality in the face of financial reward, and Bahrani has the right idea during the picture's early moments, which pinpoint the shame, horror, and emotional violence of eviction in a deeply disturbing manner. The rest of "99 Homes" doesn't reach the same level of authenticity, finding Bahrani returning to old habits as subtlety is replaced by opera, ruining the primal scream of the effort. Read the rest at Blu-ray.com