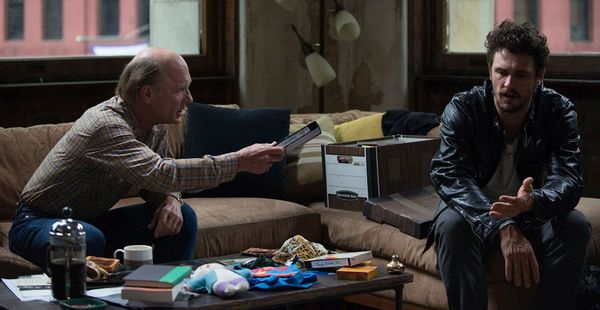 Working through his interest in playing tortured artists, actor/producer James Franco adds “The Adderall Diaries” to his growing list of mediocre releases featuring characters just a bit beyond his thespian range. Based on the memoir by Stephen Elliott, the feature is a mess of subplots and personalities that demand more screen time than what’s offered by writer/director Pamela Romanowsky (“The Color of Time”), who tries to work in all the themes and kinky detours of the source material without caring for overall narrative flow. It’s disjointed work, cold to the touch, but there’s a supporting cast to keep “The Adderall Diaries” semi-interesting at times, holding up the effort while Franco works through a series of pained poses. Read the rest at Blu-ray.com