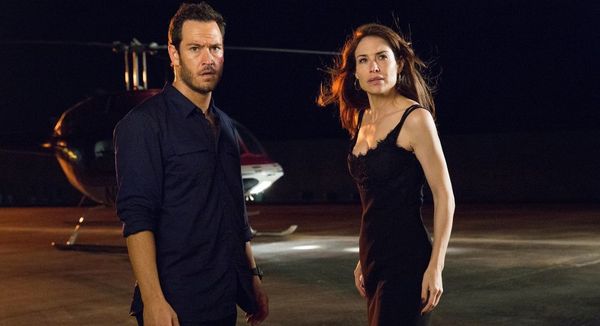 While Bruce Willis continues to tarnish his career with cash-grab supporting roles in B-movies, at least there’s a suitable replacement for the star’s once mighty charms. “Precious Cargo” gifts actor Mark-Paul Gosselaar a chance to prove himself as an action titan, taking center stage in this feisty but formulaic heist effort. It’s certainly an unusual casting choice when hunting for a fast-talking, bullet-spewing performer, but Gosselaar ends up the highlight of the feature. Director Max Adams has more difficulty, attempting to sell a vision for big stunts and large-scale suspense, but he’s working exclusively with clichés, struggling to create big screen ruckus with visuals already detailed in hundreds of other productions. Read the rest at Blu-ray.com