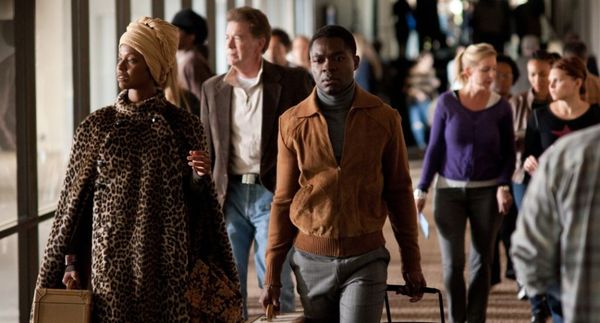 If Nina Simone was a multifaceted personality capable of performing musical miracles during her career as a recording artist, wowing audiences with her depth of feeling and genre range, “Nina” isn’t interested in telling that story. Or any story for that matter, delivering a bio-pic that’s clouded and confused, misguided in certain aspects of production, and absurd in its blindfolded editorial approach. Shot four years ago, “Nina” is finally seeing the light of day, but this is no long-awaited release. It’s a prison escape, displaying a stunning depth of filmmaking ineptitude from writer/director Cynthia Mort, who isn’t really making a movie about Nina Simone, she’s committing a 90-minute-long character assassination, transforming a music legend into a Hanna-Barbera cartoon. Read the rest at Blu-ray.com