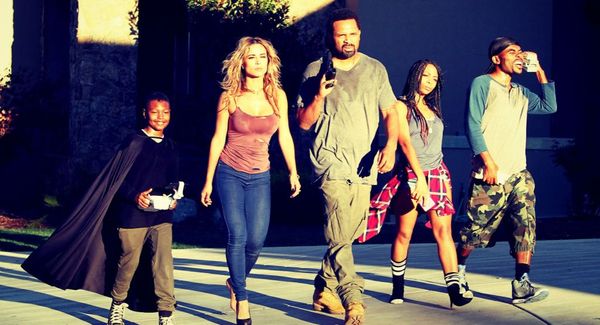 In 2010, writer/director Deon Taylor created “Chain Letter,” an updated take on slasher formula that utilized cell phones as the harbinger of doom. It was an awful film, one of the worst of the year, but Taylor played it straight, working to whip up some sizable scares while the rest of the effort died a slow, painful death. Taylor returns to the genre with “Meet the Blacks,” but he’s no longer interested in frights, attempting to wring laughs out of murder with this painfully inept semi-parody of “The Purge.” Released too soon after Marlon Wayans dropped a box office bomb with January’s “50 Shades of Black,” “Meet the Blacks” covers basically the same ground, spending too much time on vulgarity and racial hostility, and not enough on wit. Read the rest at Blu-ray.com