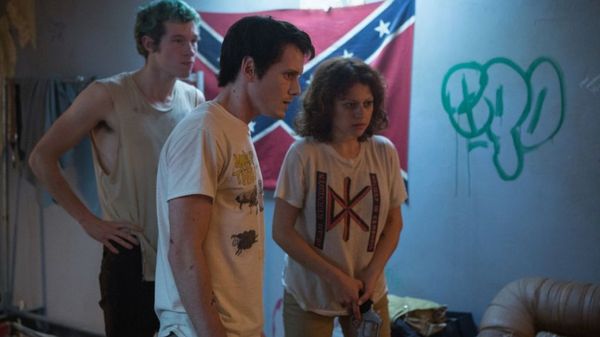 In 2014, writer/director Jeremy Saulnier made quite an impression with “Blue Ruin.” A revenge thriller dripping with atmosphere and supported by exceptional performances, the feature was one of the best films of the year, bringing Saulnier into view. Continuing his interest in the feral nature of humanity and the power of screen violence, the helmer returns with “Green Room,” which manages to best “Blue Ruin” in brutality, which is no small achievement. Concentrating on claustrophobia and the price of survival, Saulnier brings raw force to “Green Room,” a chilling horror effort that demands full attention, supplying a vision for doom that’s graphic but propulsive. The picture is dizzyingly crafted, shocking from start to finish. It’s also a wonderful reminder of Saulnier’s developing talents and his ability to summon incredible tension. Read the rest at Blu-ray.com