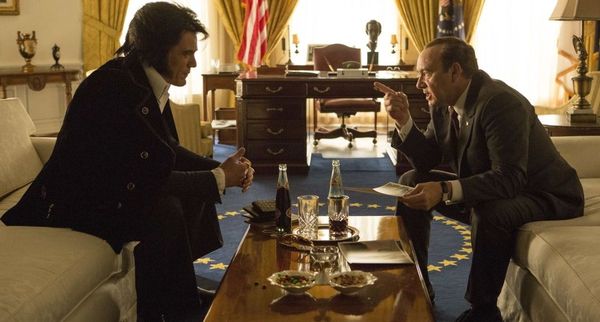 It was a private moment shared by the President of the United States and the world’s biggest music star, but a meeting in 1970 between Richard Nixon and Elvis Presley (a joining of disparate worlds documented with a single photograph, becoming one of most popular pictures in the National Archives) created a tidal wave of speculation, with fans of both men openly wondering just went on behind closed doors. “Elvis & Nixon” doesn’t have the evidence, but it provides a bright recreation of the event, imagining the oddity, bravado, and irritation triggered by Elvis and his determination to meet the most powerful man in the world. Read the rest at Blu-ray.com