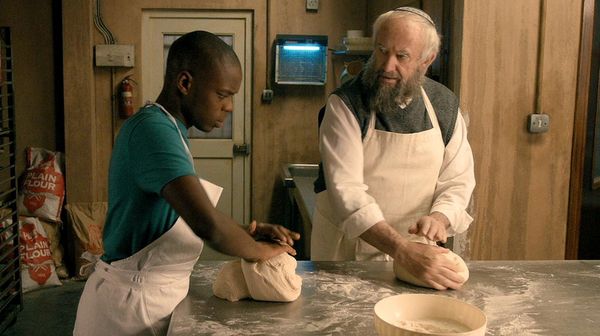 In this politically volatile time, a film like “Dough” probably isn’t going to move the needle much when it comes to religious and cultural unity, but every little reminder of peace is welcome. “Dough” isn’t a strong movie, but its premise has potential and director John Goldschmidt has a good grip on the picture’s tone for the first hour, balancing comedy with the material’s interest in exploring refugee anxiety and Jewish tradition. Good performances and a strong opening isn’t enough to carry a viewing experience that’s eventually smothered by melodrama, but Goldschmidt keeps the feature amiable, even a little silly at times, before it runs out of things to do. Read the rest at Blu-ray.com