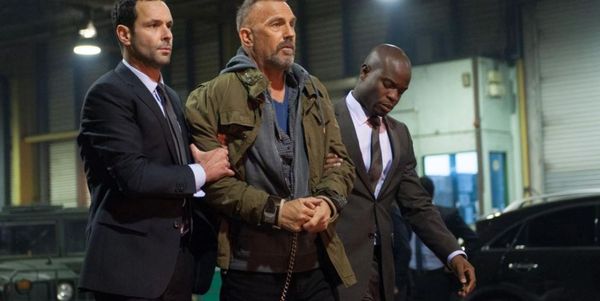 “Criminal” wants to be a great number of movies, but it never gets anything quite right. Director Ariel Vromen clings tightly to cliché and screen aggression to capture audience attention, masterminding a surprisingly ugly thriller that barely contains any thrills. “Criminal” is a frustrating picture before it transforms into a forgettable one, watching bad actors flounder and good actors wrestle with a terrible screenplay by Douglas Cook and David Weisberg, which merges sci-fi make-em-ups with a missing identity plot, and there are touches of terrorism to act as smelling salts for a flatlining production. It’s a big mess of ideas, but Vromen doesn’t know how to line them up properly, finding every new revelation worse than the last. Read the rest at Blu-ray.com