Film Review - Barbershop: The Next Cut 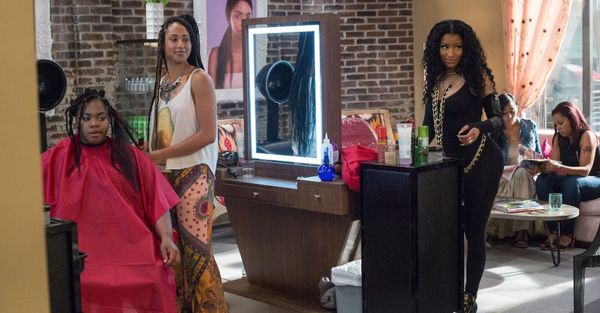 It’s been 12 years since the last proper “Barbershop” sequel was released (a spin-off, “Beauty Shop,” disappointed at the box office in 2005), and nothing much has changed in this cinematic world of gossip, one-liners, and extended debate. And that’s just the way producer/star Ice Cube likes it, keeping to core franchise elements to replicate successes from the last decade. Taking on street violence and family strife, “Barbershop: The Next Cut” is an easily digestible dramedy, though it’s never really all that funny and never as profound as it could be. Still, the formula is successful in stretches, with an ensemble working diligently to revive a dusty atmosphere of camaraderie, giving fans exactly what they want. Read the rest at Blu-ray.com