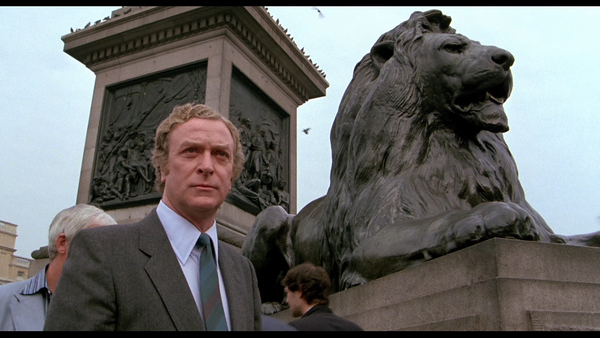 Author Robert Ludlum built a brand name with his literary endeavors, favoring the thriller genre with dense work that adored spy games and their working parts. A few of his novels have been adapted for television and the big screen, most notably "The Bourne Identity" and its numerous sequels, which found a way to translate his special handling of suspense and paranoia for the mass audience. However, before Jason Bourne ruled the box office, there was 1985's "The Holcroft Covenant," which doesn't share the same raw intensity, but keeps up with the Ludlum vision as it explores secretive evil deeds, duplicitous characters, and globetrotting locations. This isn't the finest hour for director John Frankenheimer (creatively, most of the 1980s didn't go his way), but the helmer does supply meaty direction that at least tries to turn this tale of banking and identity into a nail-biting viewing experience. It doesn't quite take overall, but with Michael Caine in the lead role, "The Holcroft Covenant" remains compelling, even when it arranges full-on absurdity. Read the rest at Blu-ray.com