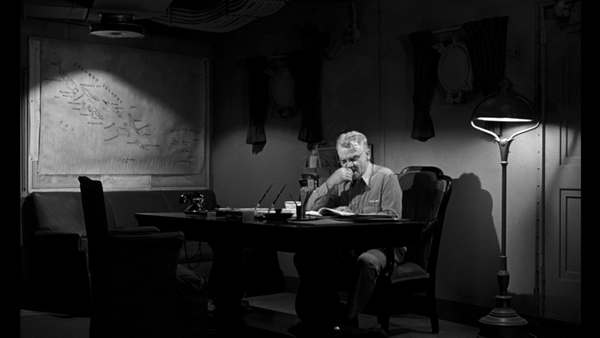 War films, especially WWII films, typically favor the intensity of combat, watching leathery men set out to shut down the enemy, using heated battles to keep audiences invested in the routine of conflict. 1960's "The Gallant Hours" offers nothing in the way of extravaganza, preferring to take the introspective route as it explores Admiral William F. Halsey (James Cagney) and his leadership approach during the five-week period leading to the Guadalcanal campaign. It's an unexpectedly restrained feature, but its careful way with drama and psychological inspection is exceptionally managed by director Robert Montgomery, who puts his faith in the cast, trusting them to provide the firepower intentionally avoided by the rest of the effort. Read the rest at Blu-ray.com