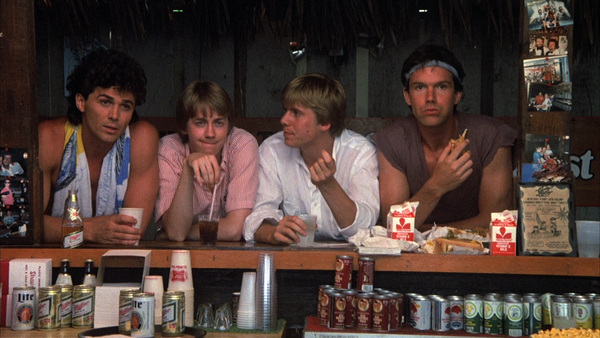 Director Sean S. Cunningham stunned Hollywood in 1980 when his tiny horror feature, "Friday the 13th," came out of nowhere to dominate the box office and spawn a franchise that remains beloved to this day. Handed a free pass to do whatever he wanted, Cunningham first returned to the genre that served him so well (1982's "A Stranger is Watching") and then issued 1983's "Spring Break," reuniting him with the low-budget comedy aesthetic he developed early in his career. Smelling blood in the water, Cunningham sets out to bite off a piece of the teen horndog genre, manufacturing his own ode to naked women, beach party shenanigans, and matters of the heart. "Spring Break" offers nothing new to the subgenre, and while it samples R-rated tomfoolery, it's almost reluctant to truly dig into salacious business, offering a movie that, with some clever editing, could almost pass for a PG viewing experience. His competition arrives with cynicism and anger issues, but Cunningham keeps this nonsense good-natured for the most part. Read the rest at Blu-ray.com