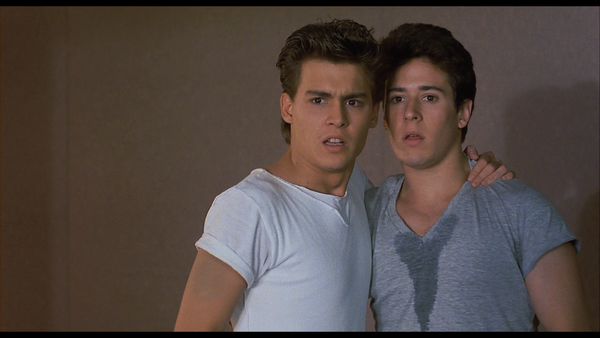 It may be hard to imagine, but three decades ago, a Johnny Depp movie could find its way to theaters and nobody cared (enter your "Transcendence" jokes here). After scoring a major supporting role in Wes Craven's original "A Nightmare on Elm Street," Depp graduated to leading man status with 1985's "Private Resort," joining newcomer Rob Morrow, with the young actors suddenly in charge of a sex comedy, running around a sun-soaked location ogling women and dodging trouble. Another offering from the teen cinema takeover surge of the 1980s, "Private Resort" is caught between the bikini-peeling demands of the subgenre and director George Bowers's quest to construct a Mel Brooks-style farce, laboring to make the feature as broad as humanly possible while still tending to the exposure of bare breasts. While not the worst title to emerge during the decade's obsession with sleazy behavior, the film isn't exactly a stunner, trying too hard to please with slapstick that doesn't blend smoothly with the endeavor's creeper interests. Read the rest at Blu-ray.com