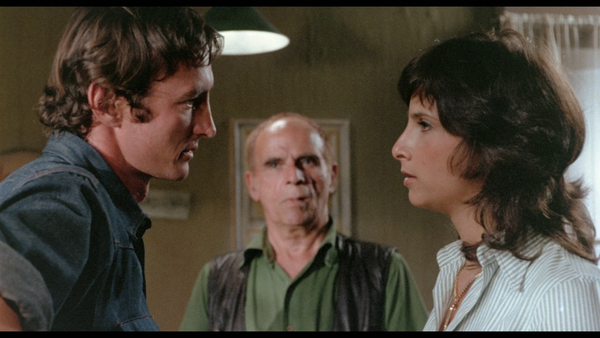 While marketing efforts are more interested in selling the most macabre elements of 1972's "Pigs" (titled "The 13th Pig" on the print), the feature really isn't about a pack of killer swine. Instead of barnyard chaos, writer/director/star Marc Lawrence goes a psychological route with his material, exploring multiple cases of trauma and psychosis while periodically returning to the grunting exploits of pigs that've developed a taste for human flesh. "Pigs" is interesting work, trying to bend expectations away from B-movie exploits to something more experimental and ghoulish, blending expected violence with a mystery of sorts that plays out in a most unusual way. Read the rest at Blu-ray.com