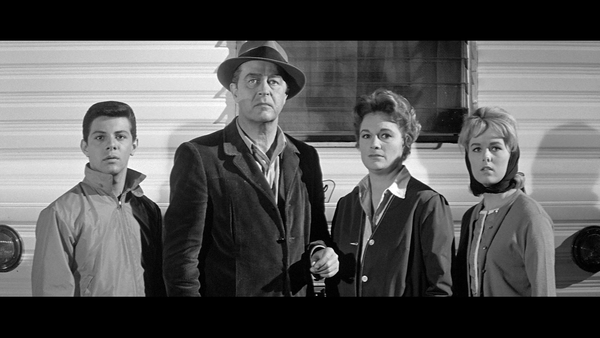 Ray Milland pulls double duty in 1962's "Panic in Year Zero," directing and starring in a post-apocalyptic tale that doesn't have the budget to imagine the end of the world, but does just fine with elements of dread. A bold depiction of doomsday survival, the feature bravely looks at the chaos following a nuclear attack, doing so during a period in time when the end of the world was an all too real possibility. Milland doesn't try to suffocate his audience, instead keeping "Panic in Year Zero" surprisingly buoyant, filling the effort with chases, shoot-outs, and heated confrontations, making it more of an exploitation endeavor than a requiem for the American Way. Read the rest at Blu-ray.com