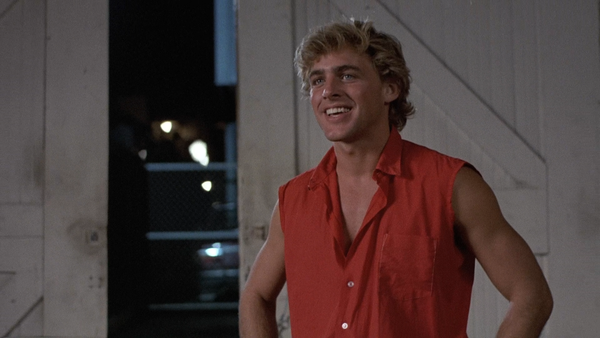 While it wasn't the biggest hit to emerge during the teen cinema gold rush of the 1980s, "Hardbodies" is often singled out for its precise celebration of subgenre highlights. Its pay cable omnipresence is certainly to blame here, with the 1984 picture often taking over rotational duties in the evening after "The Beastmaster" reigned during the day. Out of all the vulgar, dim-bulb beach and party features that clogged multiplexes (and video store shelves) during the decade, the effort's longevity is really no surprise, with co-screenwriter/director Mark Griffiths filling the movie with enough nudity and sexual high jinks to beguile his target audience, keeping "Hardbodies" eventful when it comes to R-rated encounters. The rest of the film doesn't share the same excitement, slogging through paint-by-numbers writing that spectacularly fails to make wholly repulsive characters appealing in any way. Read the rest at Blu-ray.com