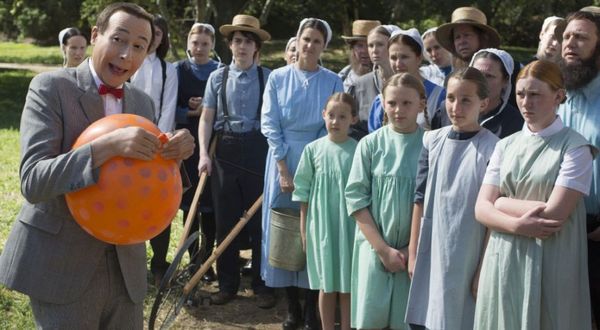 Considering his pop culture dominance, it’s strange to consider that the character Pee-wee Herman has only starred in two pictures, with the last, 1988’s “Big Top Pee-wee,” a tremendous financial and creative disappointment. Looking to restore a little mojo after decades away from the screen, actor Paul Reubens slips back into his old extra-small suit and refreshes his geeky mannerisms to revive Pee-wee for a new generation. “Pee-wee’s Big Holiday” is certainly a pleasant production, giving the fanbase what they want through numerous set pieces highlighting Reubens’s special way with slapstick. Those expecting another “Pee-wee’s Big Adventure” are sure to be disappointed with this effort, as Reubens and co-writer Paul Rust dial down idiosyncrasy, keeping “Pee-wee’s Big Holiday” friendly, but rarely surprising. Read the rest at Blu-ray.com