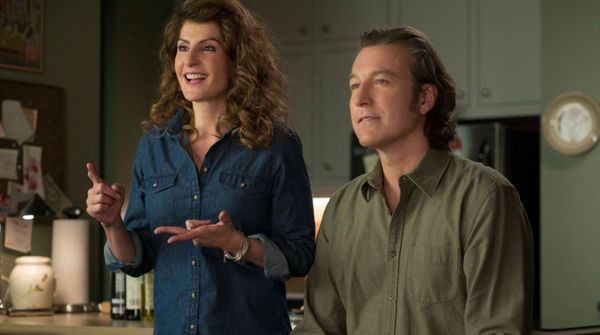 “My Big Fat Greek Wedding” was the sleeper hit of 2002, emerging from out of nowhere to become the fifth highest grossing feature of the year (sandwiched between “Harry Potter and the Chamber of Secrets” and “Signs”). Expectations for a sequel were immediate, but writer/star Nia Vardalos chased a television dream with 2003’s “My Big Fat Greek Life,” which effectively killed the brand name. 14 years later, Vardalos returns with “My Big Fat Greek Wedding 2,” attempting to recapture the vibrant cultural energy that fueled the original effort. While the story takes a leap in time, the jokes do not, finding much of the follow-up struggling to land punchlines and massage character quirk. While amiable, “My Big Fat Greek Wedding 2” is dull and overscripted, watching Vardalos spin too many plates as she strives to give everyone something to do. Read the rest at Blu-ray.com