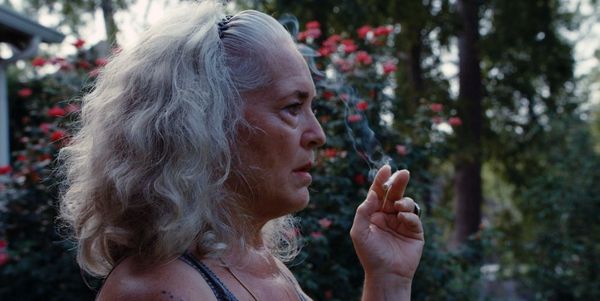 When depicting the wreckage of substance abuse, a majority of movies tend to go the melodramatic route, flailing wildly to project a level of chaos normally associated with self-harm and chemical disorientation. “Krisha” is the rare feature to understand the insidious nature of addiction, playing it relatively calm and collected while gradually introducing an unsettling level of darkness, earning climatic explosions of accusatory behavior. A no-budget production that’s skillfully controlled by writer/director Trey Edward Shults, “Krisha” is harrowing work, diving into the abyss of dysfunction with stunning intimacy and creative confidence from the first-time helmer. Read the rest at Blu-ray.com