Film Review - Get a Job 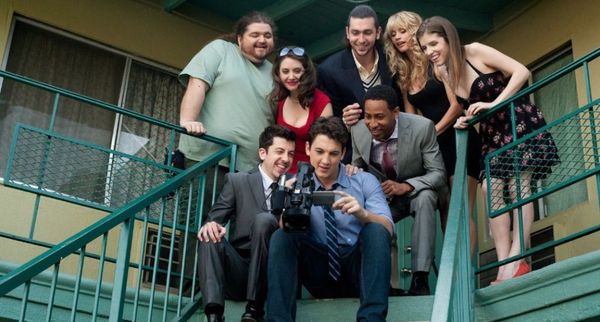 Compelling ideas on the entitled nature of millennials and the instability of long-term employment are explored in “Get a Job,” competing for screen time with scenes that feature a urine sample gone wrong and a character forced to drink a glass of deer semen in front of his co-workers. Iffy helmer Dylan Kidd (“Roger Dodger,” “P.S.”) tries to cushion hard truths about life with gross-out and marijuana humor, working diligently to dumb the picture down as far as it can go. It’s a shame, but perhaps “Get a Job” was never destined for greatness, with the picture finally seeing the light of day after completing production four years ago. After a viewing, it’s obvious why the producers lost interest in releasing it. Read the rest at Blu-ray.com