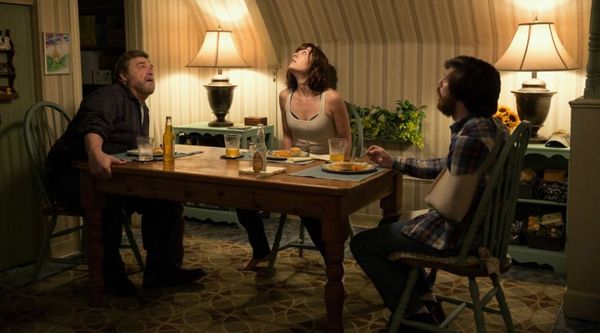 In 2008, “Cloverfield” rocked the box office, doing so with an air of secrecy and marketing restraint unheard of in an industry that frequently favors complete awareness as a key to success. In the care of producer J.J. Abrams, the feature provided an experience of cinematic exploration, aided by alternate reality games and buzzy trailers to work the audience into a lather before the picture was ready for mass consumption. Eight years later, Abrams and Company have finally worked up the nerve to try again, returning to the famous brand name with “10 Cloverfield Lane,” which isn’t a sequel to the earlier film, but merely shares the same straw when sucking down cryptic revelations and low-budget tension. As with its predecessor, what one brings to the viewing experience is likely going to be the lasting appeal of the effort, which feels uncomfortably twisted into a franchise experience, better off in its own corner of paranoia and discoveries. Read the rest at Blu-ray.com