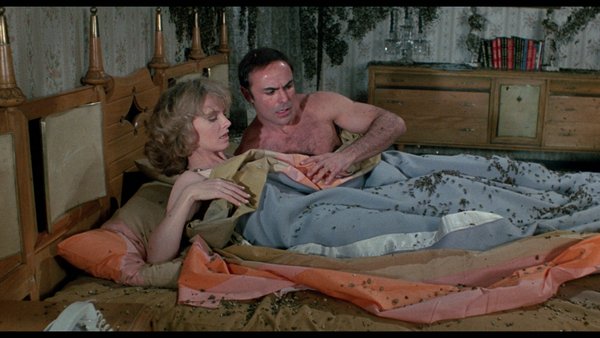 In 1978, American audiences were treated to two films about the real-world fury of African killer bees. Creating big screen disaster out of media-fueled alarm, Hollywood was ready to cash in on mounting nationwide panic. The first out of the gate was "The Swarm," an Irwin Allen production that found Michael Caine and Henry Fonda locked in paycheck mode, out to battle the titular threat with a sizable budget and major studio support. The second effort was "The Bees," a decidedly less financially endowed picture that refused to bow to the competition, offering its own scale of catastrophe, favoring chaos and bizarre turns of plot to help it stand out in a crowded field of insect-based entertainment. Read the rest at Blu-ray.com