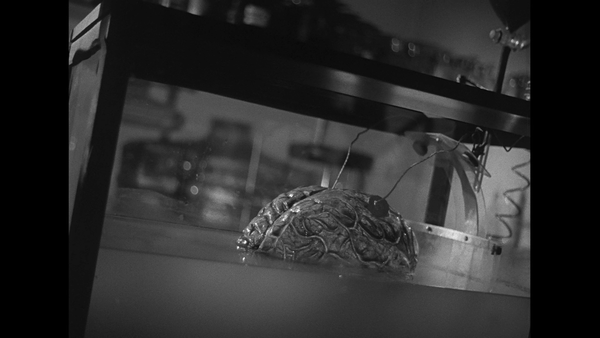 An adaptation of Curt Siodmak's 1942 novel, 1953's "Donovan's Brain" isn't really a horror story, with a rather leisurely command of the macabre. Instead, the picture pulls most of its power from mad science and telekinetic manipulation, achieving suspense through oddity as a brain residing in a fish tank of cloudy fluid manages to take control of the genius that put it there. Delivering a quintessential 1950s tale of sci-fi torment, there's a lot to like about "Donovan's Brain," which is generally credited as the production that inspired a rash of similar head-gone-mad features. Read the rest at Blu-ray.com