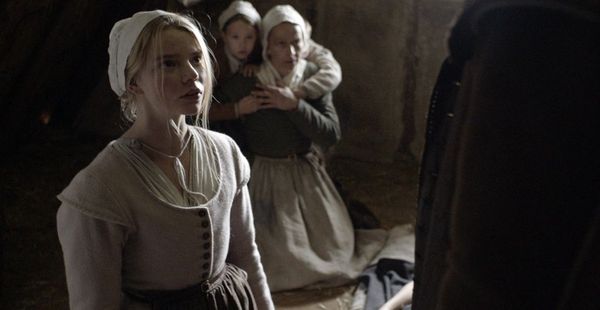 Instead of simply recycling “The Crucible” to investigate religious hysteria in the 17th century, writer/director Robert Eggers (making his feature-length debut) tries to concoct his own take on self-destruction with “The Witch.” An atmospheric and intentionally distant effort, the picture aims to conjure a sustained feeling of dread, studying the unraveling of innocents as paranoia and the possible presence of the supernatural conspire to destroy a vulnerable family. Eggers does his duty, delivering creepy forests, agitated performances, and gradual escalation of terror, but “The Witch,” as unnerving as it is, doesn’t know when to quit, with the final five minutes of the movie almost torpedoing the entire film. Read the rest at Blu-ray.com