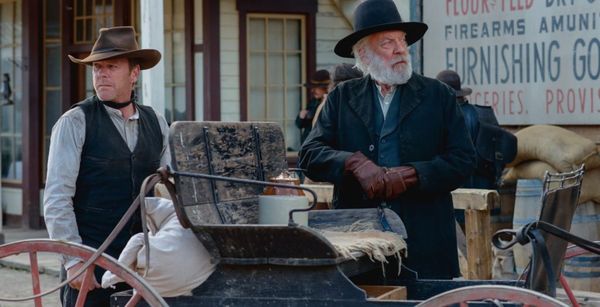 Making a rare screen appearance together, Kiefer and Donald Sutherland deliver their best work in years in the western “Forsaken,” which provides substantial roles to the acting dynasty, rescuing them from television and YA franchise routine. A meat-and-potatoes genre offering with a strong sense of location and character, “Forsaken” isn’t out to wow audiences with invention. Instead, it invests in simplicity to best achieve dramatic potency, leading with shattered psyches, not blazing six-guns, though violence plays a critical role in the story. With adjusted expectations, the movie plays with surprising depth, inspecting the redemption of a ruined life with care and attention to thespian detail. Read the rest at Blu-ray.com