Blu-ray Review - Up the Creek 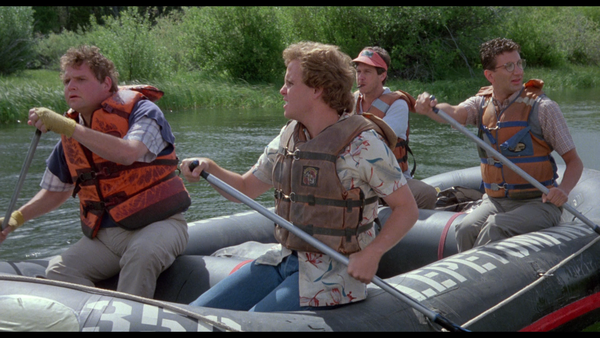 The producers of "Up the Creek" were smart. Instead of trying to mimic "Animal House" and "Porky's" with a group of nobodies, they went out and hired the actors partially responsible for the success of those films. Playing into trends of the era, 1984's "Up the Creek" is quite open about its creative pilfering, arranging a playful rafting chase that barely pays attention to the water, more consumed with pranks, bare breasts, and frat-house shenanigans, looking to become the next big thing in beer-stained, sophomoric entertainment. It's refreshing to find a picture that's honest about its intentions, but clarity of direction doesn't make the feature any funnier. Strangely designed to avoid the one element of the plot that gives the effort a distinct personality, "Up the Creek" is a winded affair that's always one step behind punchlines and sight gags, far too obsessed with other movies in the marketplace to land an inspired moment. Read the rest at Blu-ray.com