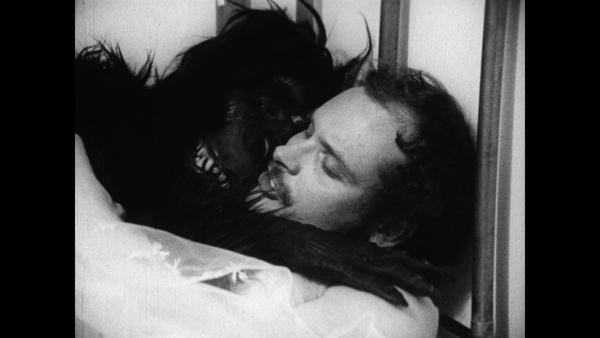 The underground movie scene of the 1960s and '70s provided a Wild West experience for its participants. Free of studio control, often constructing pictures with hopes and dreams instead of money, the filmmakers were cleared to explore their imagination to the fullest, dissecting the world around them with bizarre creations steeped in provocative imagery and interpretational screenwriting. For some, pure insanity was the goal, with 1975's "Thundercrack!" a prime example of a feature that's primarily driven by curiosity and impulse, trying to disrupt expectation in every way imaginable. Directed by Curt McDowell and scripted by George Kuchar (who also appears in a supporting role), "Thundercrack!" is a wild viewing experience out to merge melodrama with hardcore pornography, leaving little to the imagination as feels around in the dark for a story to back up all the absurdity. Read the rest at Blu-ray.com