Blu-ray Review - The Dead Next Door 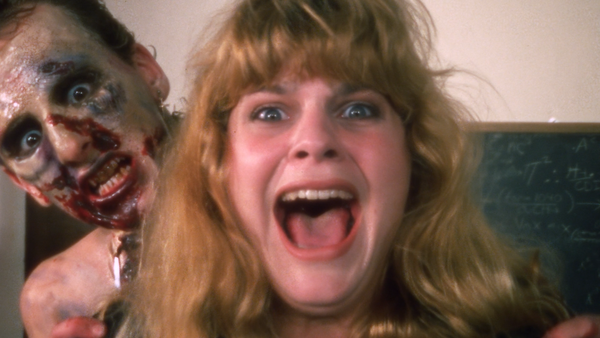 1989's "The Dead Next Door" is the end result of a horror movie fan, J.R. Bookwalter, looking to bite off a piece of the genre for himself. Inspired by titans such as George Romero, Sam Raimi, and John Carpenter, Bookwalter cooks up his own smorgasbord of death with this scrappy feature. Replacing Hollywood polish with Ohio ingenuity, the production gets surprisingly far with its vision of a zombie apocalypse, with Bookwalter trying his hardest to make "The Dead Next Door" as entertaining as possible, filling the effort with incredible amounts of gore and mildly effective humor. Backyard production touches take some getting used to, and the script is a weird collection of expositional moments, but the core viewing experience remains engaging, delivering on promises of grotesqueries and silliness as the viscera flows. Read the rest at Blu-ray.com